Special Series: Young Women and the Future World of Work in Ghana & Senegal – Part I: Background 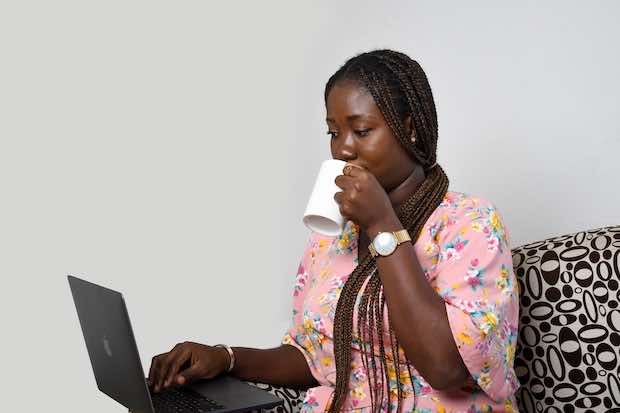 This article is part of the ACET Special Series on Young Women and the Future World of Work in Ghana & Senegal.
Also see: Overview | Part 1 | Part 2 | Part 3 | Part 4 | Part 5

Young African women face many significant barriers and constraints in the world of work. Women are heavily overrepresented in the informal sector, even while the employment-to-population ratio for women in Sub-Saharan Africa is relatively high at 57 percent. In Ghana and Senegal, as in the rest of the continent, young women in particular face significantly worse working conditions, limited opportunities for career advancement, and a lack of access to critical resources.

The COVID-19 pandemic has exacerbated and underlined women’s vulnerability in the labor market, while also accelerating the demand for workers with advanced digital skills. There is a serious risk that women will fall even further behind in terms of access to the world of work if the skills mismatch is not resolved.

Progress has been made almost everywhere in Sub-Saharan Africa in enrolling more girls in primary and secondary schools. In most, although not all, African countries, gaps in primary and secondary educational attainment have narrowed and there is now parity or near-parity between girls and boys. In Sub-Saharan Africa, as of 2019, the ratio of girls and boys enrolled in primary and secondary schools was 0.95 and 0.892 respectively. Ghana and Senegal have already achieved near-parity, with ratios in primary schools at 1.01 in Ghana and 1.14 in Senegal, 0.99 and 1.133 in secondary schools, and 0.99 and 0.78 in tertiary schools. This shows that girls and women are most disadvantaged at the tertiary level, particularly in Senegal. Some possible reasons for the sudden drop in higher education enrollment for young women are socio-cultural barriers, including societal expectations of marriage and childbirth at a certain age, and a lack of childcare leading to a lower chance of finding decent jobs.

Women’s position in the labor market

Of Africa’s nearly 420 million youth between the ages of 15 and 35, a third are unemployed, another third are in vulnerable employment, and only one in six is in wage employment (AfDB, 2016). Each year, 10–12 million youth in Africa enter the workforce, many educated, yet only three million formal jobs are created annually (AfDB, 2017). The continent faces high and rising unemployment as well as vulnerable employment among its youth, and particularly among its young women. This worsening situation is systemic, as many girls are disadvantaged in terms of access to, and completion of, secondary school education. As a result, they are increasingly crowded out of the labor market. Further, with limited childcare options and lack of flexible work arrangements, women are often crowded out from formal work—and trapped in low-quality jobs in low-wage and low-productivity sectors.

Gender disparities are often more pronounced in countries with high levels of youth unemployment. The employment landscape has a disproportionately negative impact on women and youth—three quarters of employed women in Sub-Saharan Africa are in informal employment, compared with less than two-thirds (61 percent) of employed men (ACET, 2018). Underemployment is also more prevalent among women. In Ghana, about three out of four workers are in vulnerable employment situations; within this group, women are more prone to be in vulnerable jobs than men. This pattern is consistent for youth and more critical for young women, of whom 67 percent were in vulnerable employment compared to 45 percent of males in 2017.

Closely related to the issue of vulnerable employment is the concept of working poor, defined as persons who earn less than US$1.90 ( Ȼ 14.30) a day. The situation is no different in Senegal. According to the National Agency for Statistics and Demography, in 2018 the unemployment rate was estimated at 15.2 percent of the labor force. However, the unemployment rate for women was around 23.9 percent, more than three times higher than the 7.3 percent figure for men (ANSD, 2018).

Constraints facing young women are often a result of differential access to key employment enabling resources such as skills, time, and capital. Cultural and societal norms, which govern men and women’s household roles, are also disadvantageous to women in regard to employment opportunities. These preclude women from owning property and independently accessing financial services. For instance, some women in Zambia are not allowed to own land, which prevents them from using land as collateral for obtaining loans. In Sierra Leone, a key study looking at gender-related economic issues in detail identified an inherent cultural gender bias (IFC, 2014).

In Senegal, women have only about two percent of access to decentralized financial services compared to eight percent for men. This inequality is also observed in the formal financial system, with ten percent access for men against 6.6 percent for women (DAPSA, 2020). Women dominate the informal sector, characterized by perilous and vulnerable jobs. In Senegal, 94 percent of women entrepreneurs operate in the informal sector compared with 86 percent of men (ILO, 2019). Ghana has one of the highest percentages of women-owned businesses in the world (Mastercard, 2019); however, this dominance in the private sector does not seem to be reflected in greater economic returns. The Ghana Living Standards Survey (GSS, 2017) finds that close to 90 percent of the female workforce operate in the informal sector.

The African Union Agenda 2063 outlines aspirations for the next 41 years. Aspiration 6 in that document specifically speaks of gender equality, and the aim to achieve gender parity, with women occupying at least 50 percent of elected public offices and half of managerial positions in the public and private sectors (African Union Commission, 2015). In Ghana, important indicators of the country’s dedication to promoting gender equality include the commitment of the country to the United Nations Sustainable Development Goals (SDGs) and the development of a National Gender Policy in 2015. Similarly in Senegal, the government finalized a new National Strategy for Women’s Economic Empowerment, 2020–2035. The Priority Action Plan for the Strategy sets two overarching objectives: first, to raise female employment rates to 60 percent in 2035 (from 34 percent in 2018); and second, to raise the percentage of firms managed by women to 40 percent in 2035 (from 20 percent in 2018).

Despite efforts by governments towards gender equality, traditional gender barriers persist within both countries’ predominantly patriarchal society. Gender roles tend to be rigid, with women bearing the burden of reproductive work and unpaid care work in households and having unequal access to opportunities—including access to education, capital, and land. This inequality is not surprising because one tends to find a gap between policy implementation and practice. The pursuit of gender equality remains a critical development challenge. It is a key cross-cutting theme in the SDGs. This fact is echoed in a profound statement by the Secretary General of the United Nations, “…investing in women is not only the right thing to do; it is the smart thing to do…”

The articles in this series are based on the ACET report Barriers to Young Women’s Employment in the Future World of Work in Ghana & Senegal, prepared by an ACET team led by Edward K. Brown, ACET Senior Director of Research, Policy and Programs, and Mona Iddrisu, Head of Youth Employment and Skills. The Open Society for West Africa (OSIWA) funded this study as part of its work on government delivery of inclusive services in West Africa. For more information, access the full report and the two country case studies on Ghana and Senegal.

Special Series: Young Women and the Future World of Work in Ghana & Senegal

The Future of Work in Africa: Eight Opportunities for Development Finance Institutions

Brokering evidence during a crisis: Lessons from Ghana