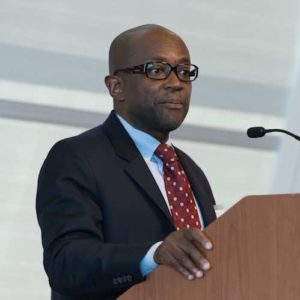 His research interests focus on the areas of economic development, theoretical economics, models of human capital as engines of economic growth, brain drain and skills acquisition, labor economics, and migration. His current research focuses on technology and economic development, commodities exchanges and markets in Africa, and determinants and returns of labor migration from South Asia in the UAE, as well as the impacts of various policy measures on the mobility of labor within the UAE.

He is the Chair of the Econometric Society Africa Regional Standing Committee. He has served as a consultant to organizations including the African Development Bank, the World Bank, the United Nations, and the Social Science Research Council. As the former Vice Provost of NYU, he managed a portfolio that included the oversight and establishment of campuses in Abu Dhabi, Accra, and Shanghai. Yaw Nyarko received his B.A. from the University of Ghana and a M.A. and Ph.D. in Economics from Cornell University.