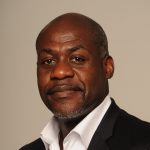 Previously, he had a 21-year career with UBS Investment Bank holding a number of senior positions, most recently as the Head of European Emerging Markets and as a member of the Investment Bank Board.

He is a non-executive Director of Tullow Oil, the largest independent oil exploration company in Africa.

He is a member of the Senior Advisory Group of Power Africa, the President Obama initiative to significantly increase access to electricity across Africa.

He is the Chairman of Kempinski Hotel, Gold Coast City, Accra, and is also the Director of a number of his portfolio companies.

Tutu has a very strong network of African relationships, both at the government and business level, and is a sought-after international public speaker and advisor, known for his views, experiences and knowledge of the continent.

He travels extensively across Africa advising corporates on business strategy and governments on policy, while also looking for investment ideas for his international relationships and to execute.

Tutu is a Founder and Director of the Nubuke Foundation, Ghana’s premier private arts foundation, and was voted one of the 100 most influential Africans by New African magazine.

He is a Director of 1-54, the world’s premier contemporary African art fair.

He has a degree in Mathematics and Computing from the University of Ghana, Legon.