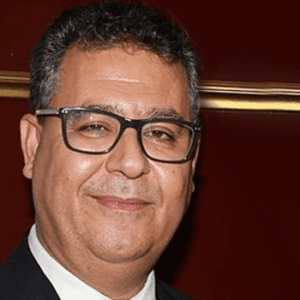 Noomane has 30 years experience in leading international firms in Energy & Digital Technology, in 10 countries across Africa , Europe and Asia.

He is the former Minister of Digital Economy in Tunisia in 2015 & 2016,  known to be a reformer and a leader in the digital economy space. His mandate has initiated the emergence of a Tunisian Startups Ecosystem which Noomane decided to support through the “Technology Payment card” & the “Startup Act” Law.  A law that inspired more than 10 African countries to stimulate their entrepreneurship ecosytem. Noomane is often referred to as the father of the Startup Act movement.

He was elected in 2011 as a member of the Tunisian Constituent Assembly to write a new constitution for the country. He was then re-elected to the subsequent Assembly of People’s Representatives in 2014 and served as Minister of Digital economy.

Since 2017, he is the Managing Partner of ODF (OurDigitalFuture) a company focused on developing Innovation Ecosystems development and digital transformation as well as on Building public policy, Innovation. ODF founded and run the first privately run Incubator in Tunisia B@Labs, and was essential in developing the Incubation and acceleration hubs in North Africa.

Noomane is a business Angel and active member of Africa Startup ecosystems.

Noomane has a master’s degree in Geophysics from ENS-ULM and an engineering degree from French Petroleum Institute.  He is married with 3 children.