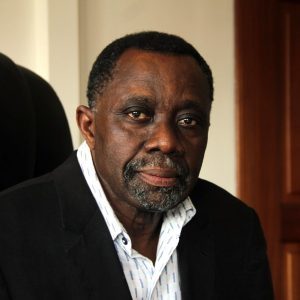 Dr. K.Y. Amoako, Founder and President of the African Center for Economic Transformation and former Executive Secretary of the Economic Commission for Africa (ECA), has dedicated his life to solving the development challenges of the world’s poorest countries, especially those in Africa.

Amoako began his career in 1974 at the World Bank, where he worked alongside leaders and policymakers in numerous African countries for over two decades. In 1992, he became the Bank’s first Director for Education and Social Policy, overseeing the institution’s first framework for gender equality in development. In 1995, Amoako joined the United Nations to serve as Executive Secretary of the ECA at the rank of Under-Secretary-General. Over the next 10 years, Amoako helped transform the ECA into a dynamic force on the world stage by amplifying the African voice and reshaping development partnerships.

Under Amoako, the ECA established the influential African Development Forums and spearheaded groundbreaking initiatives such as the African Peer Review Mechanism. After retiring from the UN, Amoako served as a Distinguished African Scholar at the Woodrow Wilson International Center for Scholars in Washington, DC before founding the African Center for Economic Transformation in 2008.

Amoako has worked with leading development experts and political leaders on high-level international commissions and task forces that address the development prospects of Africa and many of today’s central global issues. Among many others, he chaired the Commission for HIV/AIDS and Governance in Africa, convened by Kofi Annan. He was a member of the Commission for Africa, established and chaired by Tony Blair; a member of the Commission on Macroeconomics and Health, chaired by Jeffrey Sachs; and he sat on the Task Force on Global Public Goods, co-chaired by Ernesto Zedillo. Amoako holds an undergraduate degree from the University of Ghana, and a PhD in Economics from the University of California, Berkeley.

His book, Know the Beginning Well: An Inside Journey Through Five Decades of African Development, was published by Africa World Press in March 2020.