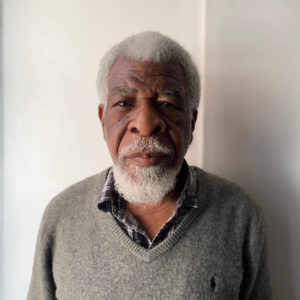 Dr. Sampson is an Infrastructure Economist specialising in Power and Transport, with over 30 years of experience advising governments, public utilities, international development agencies, such as the World Bank, DFID, USAID, AFDB, COMSEC, CIDA and IADB.

He worked for 20 years with Alcan Canada subsidiaries in Jamaica and left in 1987 as Chairman and President of Alcan’s commercial operations in Kingston: Alcan Products of Jamaica Limited and Sprostons Jamaica Ltd. He has served as chairman of several SOEs in Jamaica and as Special Advisor and Chief Technical Director to Most Hon. P. J. Patterson, Prime Minister pf Jamaica. He has also served as team leader on several international consultancy projects. His career spans the public sector, academia, international consulting and private sector management and entrepreneurship.

He was Special Adviser on Energy to the Government of Jamaica on the early years of energy reform (1990-1995) where he was involved in two of the first IPPs to come on the market in a developing country. He served as Resident Privatisation and Regulatory Advisor to the Government of Tanzania (seconded from the UK DFID 1998 -2001) and as Resident PPP Advisor to the Government of Malawi (contacted to the World Bank, 2010). He was a Resident Advisor to BPE in Nigeria on the Nigerian electricity privatisation (2007-2014). He has worked as consultant to Adam Smith Institute, Oxford Policy Management Ltd and CPCS Ltd. He is currently a Senior Consultant to London Economics Ltd.

Dr Sampson worked as a consultant for the Commonwealth Secretariat in developing and implementing training and capacity building programs on infrastructure reforms and on regulation and was engaged by the World Bank as a resource person in the establishment of PPIAF and the Africa Regulatory Forum.  He was Executive Director of the Mona Business School, University of the West Indies from 1991-1998, where he was responsible for establishing the business school and where he lectured on public enterprise, entrepreneurship and utilities and financial market regulation.

He holds a MSc., in Marketing from the University of Lancaster, England, and a PhD in Public Utilities Economics from the University of the West Indies. He is the author of ‘End of Monopoly: Competition in Electric Utility Markets- Comparative Studies, with Pablo Spiller  ‘Telecommunications Regulation in Jamaica”, in Regulations, Institutions and Commitments: Comparative Studies in Telecommunication, eds., Brian Levy and Pablo Spiller, Cambridge University Press has been recognized as of seminal contribution significantly shaping the World Bank’s utilities regulatory policies in  the mid-1990s and with Veront Satchel, ‘Rise  & Fall of Railways in Jamaica 1845-1975’, Journal of Transport History. He was awarded Commander of the Order of Distinction (CD) by the Jamaica Government in 2006 for outstanding services to public management. He has practical experience in consulting in Jamaica, UK, Tanzania, Nigeria, Kenya, Ghana, Jordan, Afghanistan, Iraq, Oman, Botswana, Zimbabwe, Zambia, South Africa, Namibia, and India.