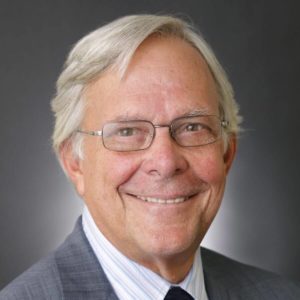 Mr. Cutter previously held senior economic policy roles in the administrations of two US Presidents – at the National Economic Council, from 1992-1996, during the Clinton Presidency – as director of the National Economic Council and Deputy Assistant to the President; and at the Office of Management and Budget from 1976-1981, during the Carter Presidency, as Executive Director for Budget. Mr. Cutter also served as leader of the OMB transition team after the election of President Obama.

Mr. Cutter’s central public policy interest has been the development and management of economic policy, and in particular the issues related to economic growth, development, and the alleviation of poverty. He has worked extensively with the World Bank; he is currently the Chairman of the Board of CARE USA; and is a founder and current Chairman of MicroVest, a leading global microfinance fund with assets under management now in excess of $100 million.

Mr. Cutter holds degrees from Harvard University, the Woodrow Wilson School at Princeton University, and Oxford University as a Rhodes Scholar. He is a member of the executive committee and immediate past co-chairman of the Committee for Economic Development, the leading business “think-tank” in the United States.