Watch the 'Who We Are' video
Q


If you know the beginning well, the end shall not trouble you. 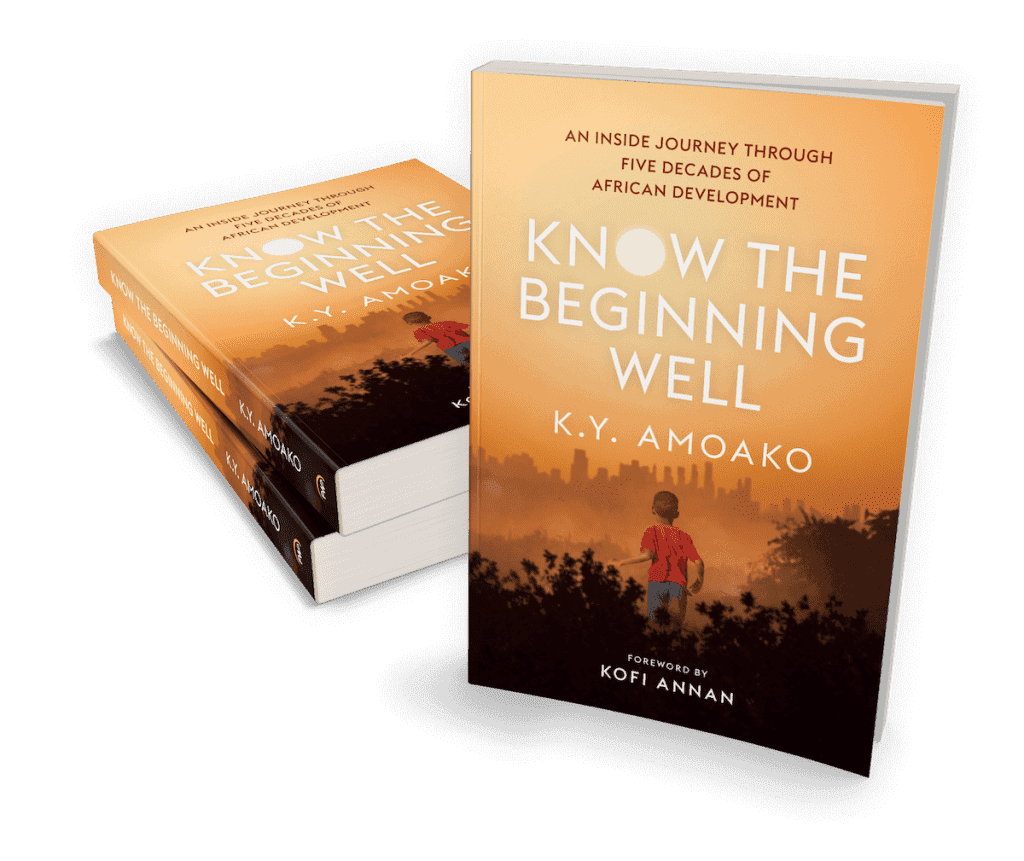 The best way to plan for the future is to know as much as possible about the past. This book offers an inside look at Africa’s development journey across five decades, told through the eyes of someone who made the same trip. It is a personal account of some landmark people, policies, and institutions that have shaped Africa’s postcolonial history—and will continue to shape its future.

Dr. K.Y Amoako on One World with Eleni Giokos

Why is Structural Adjustment so Unpopular?

“When we talk about China-Africa what do we mean?” with KY Amoako

Reflections on the Role of The World Bank in Africa Past, Present and Future

K.Y. Amoako is a former Under-Secretary-General of the United Nations and Executive Secretary of the UN Economic Commission for Africa. He spent two decades in senior leadership positions at the World Bank and is the founder and President of the African Center for Economic Transformation (ACET).

Amoako began his career in 1974 at the World Bank, becoming the Bank’s Director for Education and Social Policy from 1992-1995. From 1995-2005, Amoako served as Executive Secretary of the Economic Commission for Africa (ECA) at the rank of Under Secretary General of the UN, during which he transformed the institution to more effectively serve African policy-makers, to amplify the African voice internationally and to influence African partners.

After his 10-year stint at ECA, Amoako spent 2006 as a Distinguished African Scholar at the Woodrow Wilson International Center for Scholars in Washington, DC. Amoako has worked with leading development experts and political leaders on high-level international commissions and task forces that address the development prospects of Africa and many of today’s central global issues. Among many others, he chaired the Commission for HIV/AIDS and Governance in Africa convened by Kofi Annan, and was a member of the Commission for Africa, established and chaired by Tony Blair.

Amoako was also a member of the Commission on Macroeconomics and Health, chaired by Jeff Sachs and the Task Force on Global Public Goods, co-chaired by Ernesto Zedillo. He holds an undergraduate degree from the University of Ghana, and a PhD in Economics from University of California, Berkeley.

"Without doubt this is an important book about how policy is actually made. K.Y. Amoako writes from the front lines of economic development, engaging the most important leaders of the time in Africa. The book is filled with exciting stories of presidents, ministers, and international institutions as they grapple with policy decisions that have shaped–and will continue to shape–Africa's future. Amoako sheds light on all them, with engrossing, personal accounts. Where was this book when I began my career?"

"Know the Beginning Well is an important book for understanding Africa's economic and social development. Infused with the author's passion for the continent and its people, it tells a compelling story of serving Africa with dedication, competence, and humility. In doing so, K.Y. Amoako weaves a rich and elaborate tapestry that illustrates the triumphs and struggles of transforming Africa. This book will inspire many as it inspired me."

FORMER PRESIDENT OF THE WORLD BANK

"A well-crafted and fascinating read, K.Y. Amoako’s book is part insightful memoir, part historical review. It gives the reader a front-row seat to Africa’s development journey. Despite the challenges still faced by countries on the road to transformation, one is left with a sense of optimism that Africa will make it."

FORMER COORDINATING MINISTER FOR THE ECONOMY OF NIGERIA

"Know the Beginning Well is a captivating account of the several years journey of an African economist who worked through international institutions to affect meaningful change—and ultimately to promote the economic transformation of Africa. It is a compelling story of leadership and dedication, and a must read for every development professional, young or old."