Among frontier markets globally, Africa offers one of the most exciting investment stories. Bassel Khatoun, Franklin Templeton Emerging Markets Equity, weighs in on how past volatility in commodity prices could drive opportunities for many African markets. He also explains how China’s expanding influence in Africa feeds into Kenya’s path of significant structural reforms.

When thinking about investing in Africa, many investors identify South Africa as the most important market on the continent. However, we believe other countries in the region also offer much untapped long-term potential.

Among frontier markets globally, Africa offers one of the most exciting investment stories, in our view. But we recognize that investors may need to be patient and understand some of the unique aspects of doing business in those markets, as well as the risks.

As global demand for hard and soft commodities continues to grow, we believe Africa is in an enviable position with its vast natural resources. Many African markets not only boast significant supplies of oil, gas and hard commodities, but also have the means to expand the production of soft commodities. 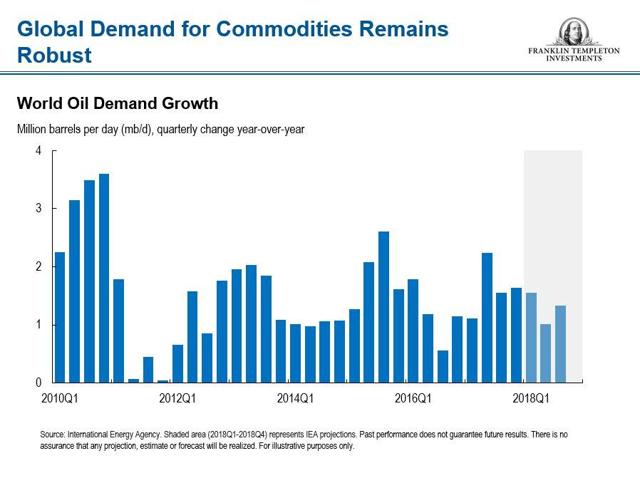 In the past couple of years, volatile commodity prices have presented a challenge for African countries, particularly those dependent on oil revenue. Commodity exporters faced substantial challenges after the dramatic oil price declines in 2014 and depleting fiscal buffers, which impacted growth in many countries.

However, that volatility could also be viewed as an opportunity, as these countries recognized the urgent need to reform and diversify their economies. It forced governments to become more disciplined and improve income collections. Volatility also encourages countries to find ways to expand their economy through more diverse ventures, rather than just through the sale of a single commodity.

We are seeing a number of large multinational companies establish a presence in Africa for the first time – particularly in countries with improving infrastructure and ease of doing business – to access its large, vibrant and youthful populations.

The influence of China in particular is increasingly apparent, especially in financing the building of roads, ports, airports and tunnels. The Chinese are becoming local partners with African businesses. While Africa’s commodities are of interest to China, many business owners are staying in Africa and setting up their own retail outlets there.

One market in which we’ve identified a number of opportunities is Kenya.

Over the past decade, Kenya has made significant structural reforms that have driven economic growth. Kenya’s position on the fast-growing east coast of Africa allows it to act as a hub for trade and investment flows from the east into the rest of the continent. Exports, predominantly tea and horticultural products, have recovered strongly. The tourism sector is also seeing a strong rebound in the form of incoming foreigners.

Despite slowing to 5.5% GDP growth in 20171 due to subdued credit growth, a prolonged political impasse and drought conditions, Kenya’s economy is expected to accelerate in 2017 and 2018 to 5.8% and 6.1%,2 respectively, with the adoption of prudent macroeconomic policies and strengthening consumption. The pursuit of progressive monetary, fiscal and exchange rate policies has helped stabilize and safeguard the economy. A diverse economy driven largely by services also provides resilience to exogenous conditions and the potential to be one of the strongest growth stories on the continent.

Kenya’s infrastructure is also likely to benefit from China’s “One-Belt One-Road” (OBOR) initiative, which aims to transform Chinese economic and diplomatic interests. In 2014, China established a special, multibillion-dollar fund to finance a variety of infrastructure projects along the OBOR routes. In Africa, that includes the port of Nairobi in Kenya. 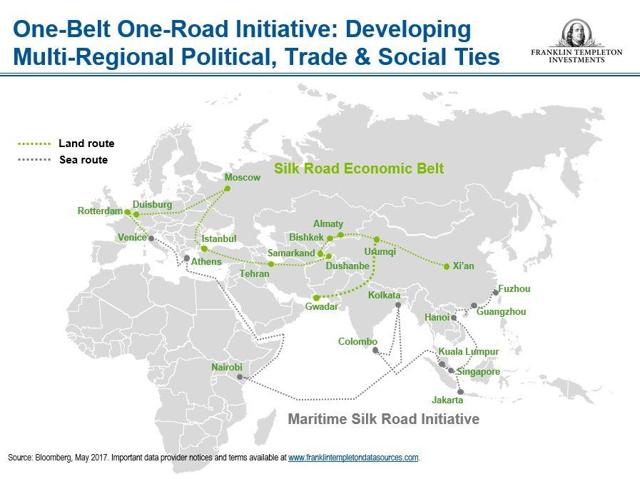 Kenya is also at the forefront of the mobile banking revolution that is overhauling financial services in Africa.

A success story that is touted globally is a mobile phone-based money transfer and financing service in Kenya that has a growing subscriber base and has enabled unbanked and under-banked users to have a secure means of remitting and receiving funds.

Users of the system grew dramatically to 28.6 million registered customers since its founding in 2007, with a corresponding exponential growth in the value of transactions. As a result, mobile banking has spread rapidly to many other countries in the region, substantially boosting financial inclusion.

Beyond banking services, mobile phones are connecting users to other sectors of the economy such as retail, education and healthcare, leapfrogging the need for traditional brick-and-mortar assets and linking to the burgeoning population in emerging markets.

The potential for long-term growth in consumer-related areas is also very attractive, and we’ve identified potential opportunities in the brewing industry in Kenya. General consumption patterns in East Africa suggest some attractive growth potential. For example, the per capita beer consumption, for example, is lower than in South Africa or other emerging or developing markets. Overall, Kenya is expected to be one of the fastest growing markets over the next decade due to rising economic development and urbanization.

It’s understandable that South Africa should remain prominent in investors’ minds as they survey the opportunities across Africa. Recent macroeconomic indicators, including GDP growth and an interest rate cut in March, have been broadly positive. And we’re pleased to see the democratic process has remained intact.

But it’s not the only story in the region. Africa as a whole is expected to grow more than 5% annually in the next 20 years, due to an improving investment environment, better economic management and China’s rising demand for Africa’s resources. More than 100 African companies have revenues in excess of US$1 billion. Africa also has impressive stores of resources, not only in minerals but also in food – 60% of the world’s uncultivated arable land is found in Africa.3

The potential for long-term growth in consumer-related areas is also very attractive, with around 1 billion inhabitants on the African continent.4 More importantly, Africa is expected to account for 3.2 billion of the projected increase in the global population by 2100,5 with its working age population increasing by 2.1 billion. This demographic dividend not only provides the opportunity for transformative growth on the continent, but also has implications for consumption globally.

We consider a number of African markets have the potential for strong economic growth, which should produce an environment favorable to corporate profitability and earnings growth.

The comments, opinions and analyses presented herein are for informational purposes only and should not be considered individual investment advice or recommendations to invest in any security or to adopt any investment strategy. Because market and economic conditions are subject to rapid change, comments, opinions and analyses are rendered as of the date of the posting and may change without notice. The material is not intended as a complete analysis of every material fact regarding any country, region, market, industry, investment or strategy.

What Are the Risks?

All investments involve risks, including possible loss of principal. Stock prices fluctuate, sometimes rapidly and dramatically, due to factors affecting individual companies, particular industries or sectors, or general market conditions. Investments in foreign securities involve special risks, including currency fluctuations, economic instability and political developments. Investments in emerging markets, of which frontier markets are a subset, involve heightened risks related to the same factors, in addition to those associated with these markets’ smaller size, lesser liquidity and lack of established legal, political, business and social frameworks to support securities markets. Because these frameworks are typically even less developed in frontier markets, as well as various factors including the increased potential for extreme price volatility, illiquidity, trade barriers and exchange controls, the risks associated with emerging markets are magnified in frontier markets.